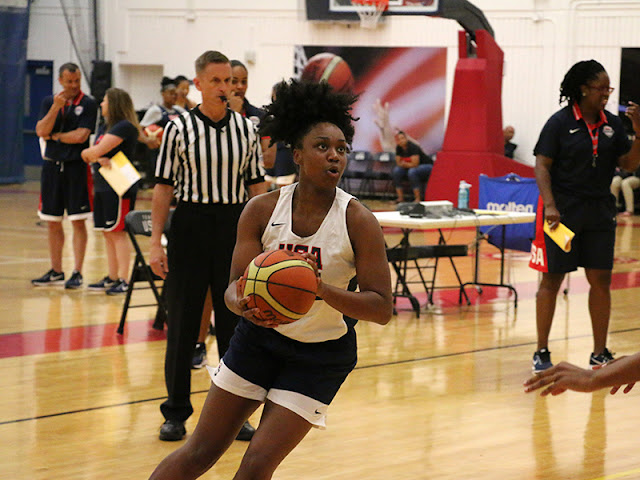 The U.S. team playing in the FIBA Americas U18 Championships will be headlined by UConn incoming freshmen Olivia Nelson-Ododa and Christyn Williams.

The duo, who are expected to arrive on campus tomorrow, were among 12 players named to the team after trials held at the U.S. Olympic Training Center in Colorado Springs, Colorado.

Their inclusion is hardly a shocking turn of events considering that they were the top two scorers on the U.S. team that won the bronze medal at the 2016 FIBA U17 World Championship for Women.

Here's a story I did on the two of them after